I tried killing myself because he left me 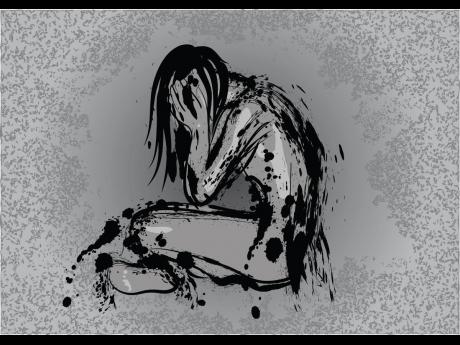 I am 24 years old. I have been in a relationship for the past eight years, and we have three wonderful sons. The father of my children is seven years older than I. I have been through a lot with his family. He has been given me 'bun' with many women and I still love him with all my life.

His family and I got into a big argument and he left me because of it. One week after, he took in a new woman into his house and started living with her. My children saw the woman in his house and came back and told me.

This man told me he did not love me for the past two years. He also told me that if he ever got back into a relationship with me, he would want God to kill him. I also bought a new phone and chip and texted him as a friend of mine and I told him that I was asking him to forgive me, and he replied and said he was happy with his new woman. I tried to kill myself three times, because I love him.

Pastor, could you tell me what to do because I really love him a lot, and I feel like if I can't get him back, I am going to kill myself for sure.

People today who read your letter may say that you are silly to want to have this man back in your life. But if they would consider that the love affair with this man started when you were only 16 years old and he was 23 years old, they would be sympathetic. He had much more experience than you, and you loved him unconditionally.

It is not easy, therefore, for you to just forget him and move on. And yet, that is what you are going to have to try to do, because if you don't you are likely to become very ill. Already, you are suffering from depression and threatening to kill yourself. You are allowing this whole matter to affect you emotionally and mentally. You need psychological care. You feel that you have lost your lover, who suddenly became uncaring and declared to you that for the last two years he has not been in love with you. He told you so to try to shock you into your senses by saying that his love for you is dead, so don't expect him to change his mind and to consider you his woman. To him you are just his children's mother. He is a wicked man.

You have to now learn to pick up the pieces, so to speak, and move on. You see, your letter should remind all young women in their teens that the important thing when they are at that age is not to have a man. What is most important is for them to have an education. So regardless of what a man may say to them, and how he may sweet-talk them and make promises to them, they should be focused on one thing, and that is their education. Getting an education is the best way forward.

So, my dear, you made a mistake by getting pregnant for this man the first time, and you put yourself further into problems when you got pregnant again and again, bringing the number of children to three. And now you feel that you can't manage without him. I have news for you, the Good Lord can help you. Nothing is impossible with God. Therefore, I am begging you not to even think of hurting yourself. To hurt yourself is to hurt your children. Let this man go his way. You will not only survive, you will get along. I am begging you to change your attitude towards him.