Girlfriend boxed me in front of my mother 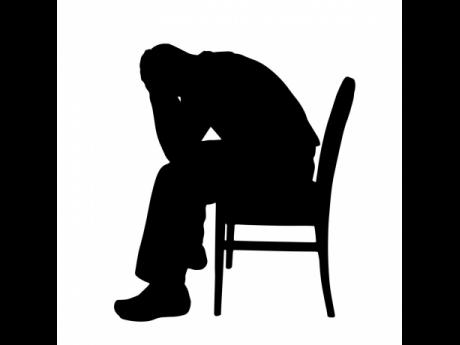 I am 28 years old and I have a woman who has a child for me, and one is on the way. I do security work and it is not easy because this type of work doesn't pay much. I love my girlfriend but she is very miserable, and if we have any disagreement, she would challenge me physically. I am so ashamed to say that my girlfriend has boxed me twice, and the last time she did it, my mother was sitting right there, and my mother asked her if she was crazy. I grabbed her hand and was about to punch her. As I raised my hand, it was like an angel telling me not to do it.

My mother asked her why she would look at me and slap me, and she said her mother used to slap her father all the time, so she doesn't see why she can't slap me. I told my mother right before her that it was she who encouraged me to stay with her because when I wanted to leave her because of what she was doing, my mother told me to give her another chance.

I told her that I want her out of the house. I cannot take it anymore. So, right now, we are not living in harmony. She doesn't have anywhere to go. She told me she is not leaving. I have made up my mind to leave and when I am leaving, I don't want to take anything.

One of my brothers says I should leave the stove. It is a new stove I bought. So because of my child and the one she is carrying, I would leave that, and I plan to leave the dining table and the refrigerator. The bed is new and I am still paying for it, so she can keep that also. Most times when we have an argument it's over a woman and I am not cheating on her, but my old girlfriend and I have a good relationship and she calls me sometimes. And, she is saying that the girl should not call me.

Pastor, it is embarrassing. The next time she hits me, I am going to break her hand.

You are an adult and you have made a terrible mistake by becoming involved with this woman. She is too out of order and disrespectful. Even if both of you have a disagreement, she has no right to slap you. How embarrassing it must have been to endure that type of behaviour from her, especially when she did it in the presence of your mother. She is arrogant. And I must warn you that she will slap you again or thump you so hard that you may lose some teeth. Lots of women take pleasure in slapping men. Some men retaliate but others don't. So I cannot blame you for telling her to leave. She said she doesn't have anywhere to go, but she is not behaving as if she wants you around. So, you should move on to protect yourself from getting into trouble.

This young woman has a child by you and another is on the way. If you find it possible, don't take anything from the house. Leave her with everything for the sake of the children.

I know for sure that she will come running back to you, begging you to return, but don't go back. You will find a better woman and someone who would appreciate you. Run for your life, my friend.