Got pregnant for my ex, now I want him back 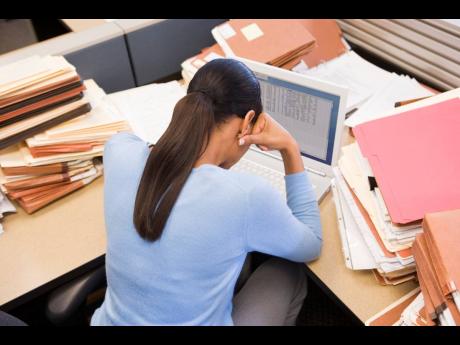 I am 41 and I am divorced. My ex-husband was very abusive. After we were married for two years, he told me that it was time for me to get pregnant. I was anxious to do it.

I was not on the Pill or any other contraceptive. I went to different doctors and whatever they suggested I do, I did; but nothing happened.

I fed on herbal products, but it didn't make a difference.

My husband said he was sure that the problem was with me, but doctors said that nothing was wrong with me. I told him that he should check himself out and that I would go with him.

I knew that nothing was wrong with me because I got pregnant for another man before I met my husband. But I aborted the pregnancy.

After my husband told me that he went to see a doctor, I doubted him. So unknown to him, I called the nurse at the doctor's office and asked if my husband had an appointment there.

She said he did not. I told her that must be a mistake. She checked again and she said no, it's not a mistake.

So when my husband got home, I asked him if he went to see the doctor and he said yes. I told him he was a liar and I also told him some harsh words, which I regretted.

We had a fight and I packed my things and left.

A few weeks after, I called my old boyfriend, the man who had got me pregnant, and I told him we should meet.

We went out for lunch in New Kingston and we ended up in bed in a hotel there. I just didn't care what happened. We did so again that very week and he got me pregnant.

I called my husband and told him I wanted to come home and he said he did not put me out. I went home, but Pastor, I forced myself to have sex with my husband.

But my conscience would not allow me to lie and to pretend that he got me pregnant. So, I left again.

To cut a long story short, I am divorced. When my husband saw me again, he recognised that I was pregnant and he asked me who was the father.

I told him that he was. He replied that he always knew that I was a liar and a cheater.

The problem I am having now, Pastor is that the man who got me pregnant is now married, and every time I hear his wife's name, I get angry.

It is like I want to do something bad to this woman to get the man because, by right, he should be my husband.

What can I do? Please don't curse me.

I am not going to curse you. What I must tell you, however is that you should keep yourself quiet. Evidently, the man you married was an idiot.

He could not impregnate you and instead of working things out, he abused you. He did not have to lie about going to the doctor.

I am cognisant, however, that there are some men who are unable to impregnate their women, but they often blame the women

I am sorry about the way your marriage ended. But you are not such a good woman, either. You decided that to punish your husband, you would renew the relationship you had with an old boyfriend, and he then got you pregnant.

But, the man is married. His wife has nothing to do with your naughty behaviour, so why are you angry with her? Neither you nor him used protection.

Keep yourself quiet. Insist that this man supports his child, but allow his wife to live in peace.