Reggae Boyz getting ready for camp 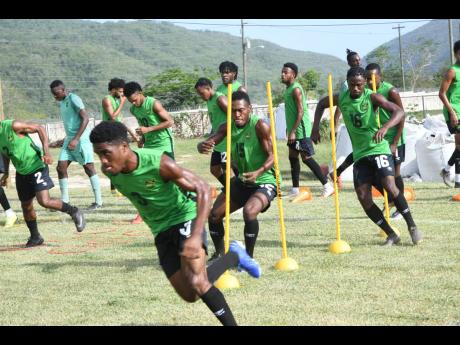 Jamaica’s Reggae Boyz in a training session at the UWI/JFF/Captain Burrell Centre of Excellence at the Mona Campus on Tuesday, August 27, 2019. 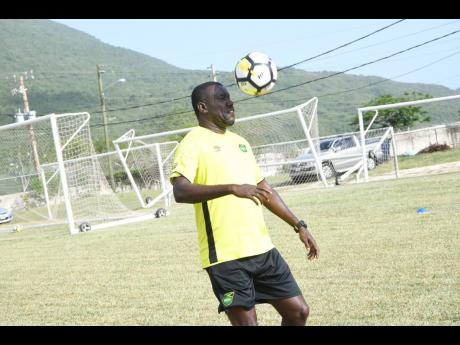 Concacaf announced last week that eight teams would be contesting the final stage of the qualifiers next year. The regional body expanded the number of teams from six to give more countries a chance to qualify for the Qatar World Cup as the coronavirus pandemic has cancelled a set of Nation's League fixtures.

Ricketts told STAR Sports that head coach Theodore Whitmore has reached out to a number of local and international-based players as they get ready for a camp at the Captain Horace Burrell Centre of Excellence at UWI's Mona Campus.

"The technical staff will decide when the camp will start," Ricketts said. "I will have a meeting with coach Whitmore [today]. He has been making the rounds trying to get in contact with players overseas. Some of them not playing because of restrictions where they are located.

"We are still having some challenges because of the closed borders but I am hoping that we can have a camp setting to get the team to gel. The Captain Horace Burrell Centre is ready for the camp. We might have to just start with our local players."

Ricketts said that one of the players Whitmore and his staff have reached out to is Leeds United captain Kalvin Phillips.

"I have been informed that we have a few English-based players on the radar," Ricketts said. "We are comfortable in certain areas. Leon Bailey, Shamar Nicholson, and Bobby Reid are good up front, but we want to strengthen our midfield and defence."

Phillips, who led Leeds back to the English Premier League after a 16-year absence, will have to decide whether he will represent the country of his birth, England, or the Reggae Boyz, as Three Lions manager Gareth Southgate has reportedly also shown interest in the defensive midfielder.