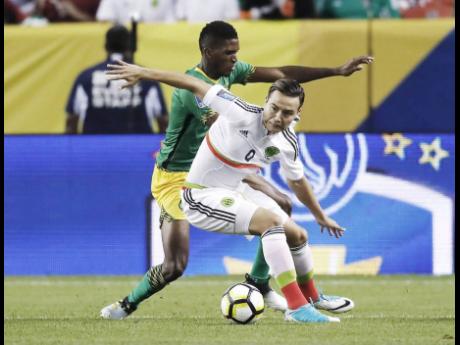 The 27-year-old Lowe recounted the competition during a recent Gleaner Instagram Live interview.

Lowe started in all six matches in Jamaica's run to the final, and says that expectations for the team from the public were low because of the absence of foreign talent. Jamaica made an unprecedented run to the 2015 Gold Cup final with England-born players such as Wes Morgan, Michael Hector, Giles Barnes, and Adrian Mariappa, but the 2017 team was built with players native to Jamaica.

"I feel like the reason why that went that way, everybody ruled us out," Lowe said. "Nobody really cared. It was mostly home-grown players. People seeing that we played Manning Cup, [Red Stripe] Premier League, whatever. They ruled us out. They were saying that we weren't even going to come out of the group."

Lowe says because of that, it allowed the team to play with more freedom as they managed to qualify for the quarter-finals after advancing in a group that included defending champions Mexico. He said that it was the boost the programme needed after a defeat in the 2017 Caribbean Cup final earlier that summer to Curacao, who were also in the group.

"We had nothing to lose," he said. "People were counting against us. People were betting against us. And that tournament was very strategic. The federation was just getting the rejuvenation [it needed] because the programme crashed after the Caribbean Cup. Everything revived after that. I felt once we got out of the group stage and we beat Canada [in the quarterfinals], everybody [was] now convinced like, 'Wow! They actually can do it.'"

Following their victory over the Canadians, the Reggae Boyz faced Mexico in the semi-finals in California. Kemar Lawrence's free kick two minutes before full time earned them a 1-0 win and a return to the Gold Cup final. It was an emotional moment for Lowe who said his faith was strengthened because of the experience.

"I cried after the win, when Taxi [Lawrence] scored the free kick against Mexico, because I couldn't believe [it]," he said. "We had gotten so far and we had endured so much. So many odds against us. It was a really special tournament and it taught me a lot. That also made my faith strong, that there is a God."

Jamaica finished runners-up after losing 2-1 to the United States in the final.