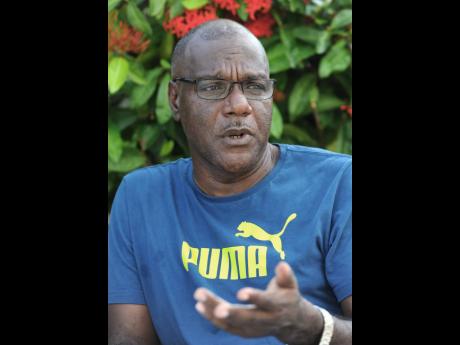 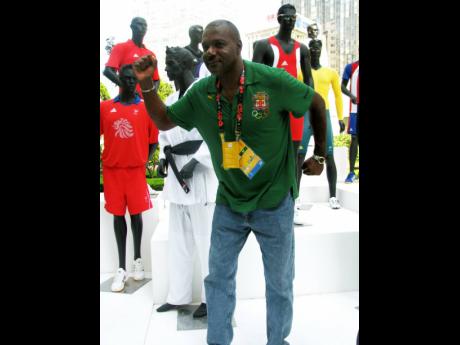 Bertland Cameron at the Olympic Village in Beijing, China, in 2008.
1
2

Bertland Cameron became Jamaica’s first World champion in 1983 when he won the 400 metres at the inaugural World Athletics Championships in Helsinki, Finland.

The 60-year-old told STAR Sports that standing on top of the podium with the American pair of Michael Franks and Sunder Nix receiving the lesser medals is the greatest sporting moment of his career.

“I was unbeatable in 1982 when I won at the Commonwealth Games and again in 1983 and so I knew I would have won at the World Championships. I won in 45.05 and I was on cloud nine especially on the podium when I saw the Jamaican flag flying between the two American flags and I heard the anthem. It was unbelievable,” Cameron recounted.

But many Jamaicans, and the world by and large, remember Cameron for his heroic efforts in the semi-finals of the 400 metres at the Los Angeles Olympic Games in 1984 where, after stopping twice because of a hamstring tear, recovered to finish fourth in the race in 45.10 seconds.

Cameron came into the Olympics that year as one of the favourites to win the gold medal having won the World title the previous year though he struggled with injuries that season.

After finishing second in his preliminary round, Cameron wanted to win his semi-final to get one of the preferred lanes in the final but, at 110 metres into race, the man from Spanish Town ran into problems as he felt a sharp pain in his left hamstring.

“I was cruising in the first 110 metres and then I felt a shock, like my muscle just jumped and everyone in the stadium said ‘ooh’ and I said to myself I cannot stop because at that time athletics careers used to last for about six years,” he recalled.

“So, when I got the first shock I tried to put my leg down I had to take it up and I was hopping and the entire field went ahead of me but I couldn’t stop. Then every stride I took from there on I felt stronger and then the field started to come back to me. When I reached to 250 metres I was right there next to everybody and I pushed to the point where I saw that I was in the top four which was an automatic qualifying spot.”

He continued: “ When I went through the finishing line I was hoping that it was only a cramp. Herb Mckenley (who was the president of the then Jamaica Amateur Athletics Association at the time) came down and asked me how I felt and I said I don’t know. When I tried to walk through the tunnel, I couldn’t and I realised that it was much more serious than I thought.”

Cameron did not turn up for the final the following day but his heroic effort in his semi-final has gone down in Olympic folklore.