Nicholson hitting the target in Belgium 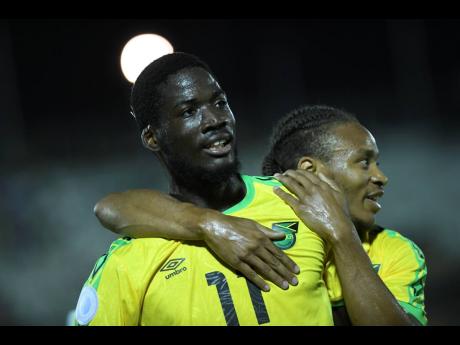 The 22-year-old striker scored his fifth goal of the season and his second in as many games in their 2-1 win over K.V Mechelen in their rescheduled fixture at the Stade du Pays de Charleroi stadium on Tuesday. Nicholson, who came on as a second half substitute, opened the scoring in the 65th minute with a low shot to the bottom right hand corner of the net after being put through by teammate Kaveh Rezaei. William Togui equalised in the 78th minute for the visiting Mechelen before Mamadou Fall got the winner for Charleroi nine minutes from full time to move them to third place in the Belgian Jupiler League on 47 points. Nicholson was also on target in their 4-0 win over Zulte Waregem last Saturday.

Charleroi head coach Karim Belhocine praised the impact that Nicholson made in the team’s victory which changed the course of the game after his introduction. “Shamar made a good comeback. He brought power and won duels. In addition to opening the scoring, he helped us a lot,” Belhocine told the club’s website.

Nicholson has been contributing off the bench recently, only making one start since the new year. But his form has improved as of late, netting twice in two consecutive games for the first time since September when he scored in his first two games in the league against Waasland-Beveren and defending champions KRC Genk.

With five games to go in the regular season, the club is on pace to secure a spot in the six-team championship play-off scheduled for late March which will determine the league winners. Charleroi, who were operating on a short rest, playing their second game in three days, will travel away to Antwerp on Sunday before facing regular season leaders Club Brugge on February 23.