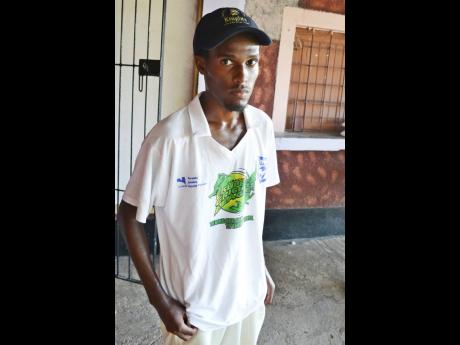 Jamaica Scorpions left-arm spinner Patrick Harty Jr was the shining light for the home team on day one of their fifth-round West Indies Championship match against the Leeward Islands Hurricanes at the Trelawny Multipurpose Stadium.

Harty Jr has so far bagged a career-best four for 41 from 22 overs as the Hurricanes, who won the toss and batted, reached 215 for nine at stumps.

Kittitian Terance Ward led the way for the visitors with a defiant unbeaten 53 from 137 balls with six fours. He got good support from opener Montcin Hodge who weighed in with 52, while left-hander Amir Jangoo got 35.

For the innings top-scorer Ward, patience was the key.

"It was one of those innings where you had to be patient because the wicket wasn't easy to bat on but once you spend time at the crease it got easier. I feel good to get some runs because this is my second game back after being out of the team due to injury," said Ward.

It was a disciplined bowling performance from the Jamaicans who dominated the first two sessions of the day to have the visitors reeling at 143 for six by the tea time interval.

However, Ward showed true grit and determination towards the back end of the innings, and, despite the fightback from the visitors, captain John Campbell believes it was a good day for his troops.

"I am happy with the way we bowled today. Harty was commendable and to get nine wickets on the first day after losing the toss is a good effort. We want to wrap up the innings quickly and try to get our biggest total of the season to put pressure back on the Hurricanes," said Campbell.