Taxi ‘one and ready’ in Belgium 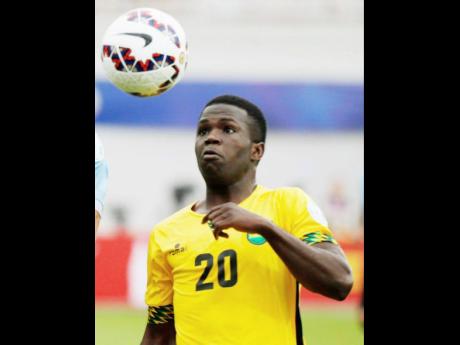 Reggae Boyz defender Kemar 'Taxi' Lawrence is ready to make his mark in the Belgian Jupiler Pro League this after the 27-year-old had his first workout with his new team, RSC Anderlecht, earlier this week.

The left-sided defender, who transferred from Major League Soccer side New York Red Bulls, said he can't wait to get into the first team to showcase his skills to his new handlers.

"This means a lot to me. I have always dreamt about playing in Europe, and I am very happy to be here," Lawrence told his club's website.

The former Harbour View left-back is set to wear the number 92 shirt in the Anderlecht side, which has on their roster former Manchester City defender and player-coach Vincent Kompany, former Arsenal midfielder Samir Nasri, and former Tottenham Hotspur player Nacer Chadli.

For Lawrence, the mission is to get his feet wet quickly.

"I feel like I need to adapt quickly. I was told that these guys are going to push me, and I can't wait to start my workout and see how soon I can get on the pitch."

The former Harbour View wingback says he aims to bring some energy, fight, and good vibes to the team. However, the first order of business is to impress new coaches Kompany and Franck Vercauteren.

"I feel the coaches know what type of player I am so, hopefully, what I have to bring to the team will help us move up the table," added Lawrence.

Anderlecht are currently in ninth place on 34 points in the 16-team league. They will face off with eighth-place KV Mechelen on Saturday.