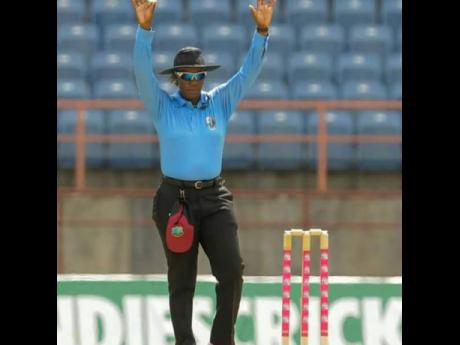 Williams will stand in the high-stakes tournament opener on February 21 in Sydney between reigning champions Australia and powerhouses India.

Adrian Griffith, the ICC's senior manager for umpires and referees, hailed the historic development, noting it was a massive step for the women's game.

"This is the largest complement of women match officials at a single event, and the progress we have made is heartening," said Griffith, the former Barbados batsman and West Indies Test opener.

"We have endeavoured to provide opportunities to women officials based on merit, and it is because of their skill set and hard work that they have graduated to the top level.

"We appoint the best match officials for an event and are pleased we have the right mix. I wish all match officials at the ICC Women's T20 World Cup the very best and am confident we will have smooth adjudication of the matches."

Williams is one of two West Indies umpires down to officiate during the February 21 to March 8 tournament, with Barbadian Gregory Brathwaite also included.