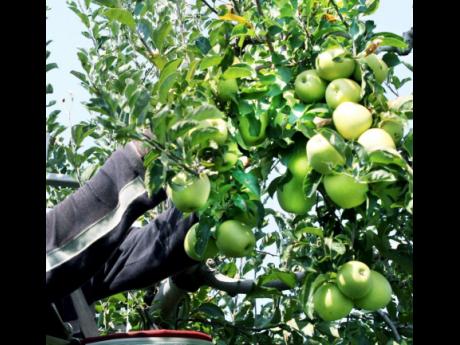 The Cabinet has approved the appointment of a seven-member fact-finding team to conduct investigations into the working conditions of Jamaican workers under the Canadian Seasonal Agricultural Workers (farm work) Programme.

The team will be chaired by Helene Davis-Whyte, president of the Jamaica Confederation of Trade Union. She is joined by: Danny Roberts, deputy chairman of the Industrial Disputes Tribunal; Wayne Chen, president of the Caribbean Employers Federation; Raymond Eytle, second vice-president of the Jamaican Employers' Federation; Wayne Jones, deputy financial secretary of the Strategic Human Resource Management, Ministry of Finance and Public Service; Sidia Madden, chief internal auditor of the Ministry of Labour and Social Security; and Kandre Leveridge, researcher/community development specialist.

Among its duties, the team will conduct random selection of Canadian farms covering all provinces to which Jamaican farm workers are employed; collect data on the working conditions of Jamaican workers employed under the Seasonal Agricultural Workers Programme; and interview workers who have been injured to assess the level of care and responsiveness to their needs by the Jamaica Liaison Service in Canada and the Ministry of Labour and Social Security.

The team will visit all provinces where Jamaican farm workers are employed over a two-week period, following which a comprehensive report is to be provided to the Labour Minister, Karl Samuda. The report will be presented to Cabinet and tabled in Parliament.