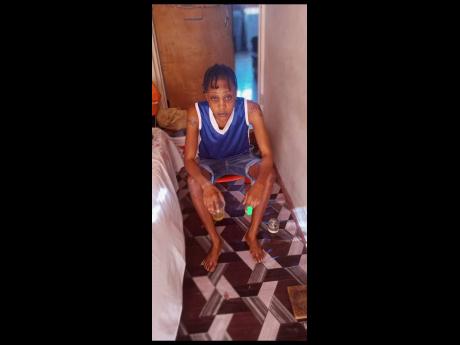 It has been nine days since Iyeshia Lee laid eyes on her twin sister Itashia Lee and she is worried sick.

The 28-year-old who spoke on behalf of her family said they are seeking the public's assistance in locating her sibling who she said has been missing since August 9. According to Iyeshia, Lee left their McIntyre Villa, Kingston, home and has not been seen or heard from since.

"She told us that she going to look for a new link [girlfriend] so she was packing her bag and so on," she said. According to Iyeshia, the new girlfriend sent Lee the phone number of an alleged taxi man who would take her to her destination.

"She used my phone and call the 'taxi man'. She didn't tell mi where the girl live but she always tell mi where she going. But this time I don't know what happen. She rush out because the taxi man say he was near and that is why I didn't even remember what she was wearing," she said. Iyeshia said it is not unusual for her sister to leave for days, but this is the first time that she has not made contact with her family.

"She always pack bag and leave go spend time with her loved ones but she always contact us. Mi always hear from her no matter what. Mi find it strange say mi nah hear from mi sister and mi nuh like dis so mi go report it. Her phone is off and mi keep on a call back the taxi man and it keep on a say the number unavailable," she said.

Iyeshia said while she was filing a missing person's report with the police earlier this week, she received a phone call from a woman who claimed that she and Lee had a physical confrontation which resulted in her death.

"A girl call mi about three times but she didn't know that I was at the station. She was saying that she was sorry and I asked her what she did to my sister. She said she and mi sister catch up and she stab mi sister in har neck. She say she call her babyfather and ask him if him can rush mi sister to the hospital and him say she dead and if she bring her to the hospital di police dem a go charge har. She say the two a dem dump har," she said.

"I don't know what to believe, enuh, but mi sister just left mi blank because dis a nuh she. Mi just keep on a look back pon pictures and videos of her. A part of mi feel like she alive and maybe somebody just a mess around and think dem can play wid mi certain way. Mi nuh feel like she dead but this is very unlike her. Mi just want mi sister back. That's all, even if a bury we gonna bury har. Mi just wa see mi sister," she added.

Anyone with information on the on the whereabouts of Itashia Lee is being asked to contact the Franklyn Town police at 876 928 9656 or 119.