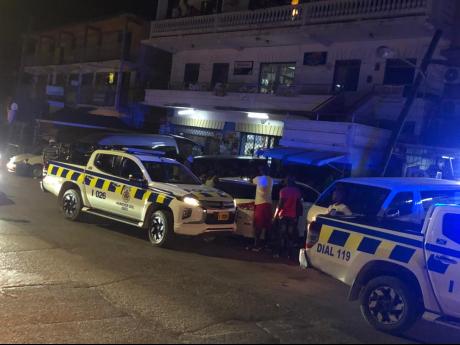 The Hanover police have launched an investigation to determine whether Monday night’s incident in which two men were arrested at a supermarket in Hopewell, Hanover, was a foiled robbery or a contract killing attempt.

The men were apprehended after the police were contacted regarding suspicious activity at the supermarket.

The police have confirmed that two Illegal firearms and several rounds of ammunition were taken from the men, whose identities are being withheld pending further investigations.

The police say a third man, believed to be their accomplice managed to escape, leaving a motorcycle behind.

He is now being sought by the police.