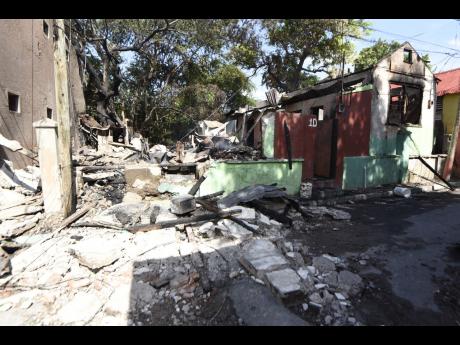 Another round of fires in sections of Kingston Central left multiple residents from Text Lane homeless early this morning.

There are no reports of injuries.

It's believed to be the work of arsonists.

On August 8, houses on James Street and Smith Lane were affected.

More than 30 persons were left homeless.

Residents reported hearing gunshots before the fire broke out.

During a visit on August 9, Prime Minister Andrew Holness said that the Government would review the scope of the Zone of Special Operations (ZOSO) currently in Parade Gardens to include the community of Spoilers on the heels of the alleged firebomb attack.

It was supported by the People's National Party caretaker for the constituency Imani Duncan-Price.

Donovan Williams from the governing Jamaica Labour Party is the current MP.

Parade Gardens was declared a ZOSO on January 9.