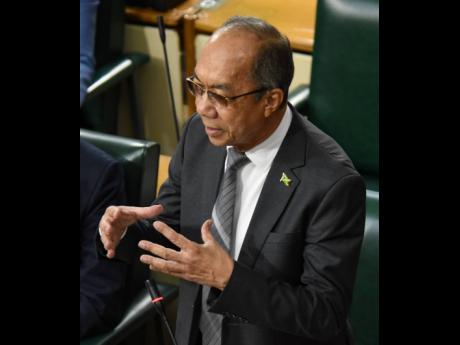 Jamaica recently became one of two countries to benefit from a 12-month pilot programme aimed at reducing the prevalence of small and lightweight weapons into the country.

The programme is being funded by the Saving Lives Entity (SALIENT) Fund operated by the UN. SALIENT, which is aligned to Jamaica's National Development Goals, serves to enhance Jamaica's legislative and institutional framework to regulate access to small arms, their parts, components and ammunition.

"The proliferation of firearms, resulting in increased access in Jamaica, is a direct catalyst for murders committed, when mixed with the propensity for violence among criminal gangs in environments that engender poor dispute resolution," Chang said.

The minister, who was speaking at the recent launch of the project in Montego Bay, St James said that firearms, such as handguns, have been the weapon of choice for major crimes in Jamaica.

Statistical data provided by the JCF indicate that over 680 murders have been committed since the start of year.

Chang noted that "pistols and revolvers are the most frequently recovered firearms as they are preferred by criminals for flexibility, concealability, price and access to ammunition".