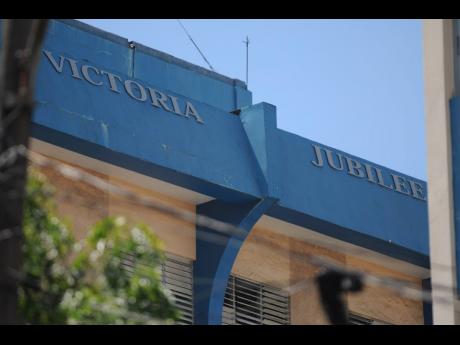 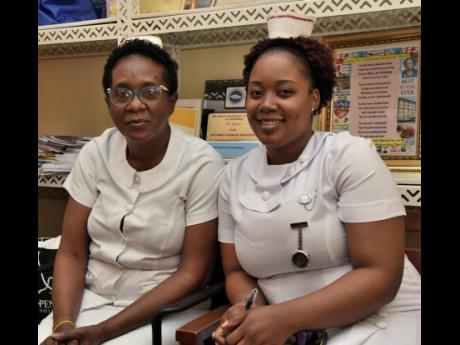 Today is celebrated as International Day of the Midwife and THE STAR shines the spotlight on 29-year-old Andrea Thomas, who has delivered more than 500 babies, despite having less than three years of professional midwifery experience under her belt.

While her experience includes working in specific areas including the antenatal clinic, the antenatal ward and the labour ward, her favourite place to be is in the delivery room at the Victoria Jubilee Hospital (VJH) in Kingston as this is where she said all the magic happens.

"Just seeing the head of the baby as it emerges is a beautiful thing. Hearing that first cry is everything and just knowing that mother and and baby are doing well is a fantastic feeling," she said. Thomas said she fell in love with the profession after visiting a relative in hospital who had given birth.

"I was 12 and I asked a nurse what was required to become a midwife and she told me and then and there I got my calling. I felt at home in that hospital room so I followed my dreams and VJH was my first job and I love it. I always tell people that if they work at Jubilee they can work at any hospital in the world," she said.

Thomas laughed as she explained that during her nursing studies she assisted in delivering more than 50 infants but that did not prepare her for her first official experience in the delivery room.

"It was breathtaking to see the baby's head coming and another nurse assisted me. She saw that I was nervous and she held my hand and I was like 'Jeesas'. It was quite an experience and nothing can prepare you for that moment. It took me more than five minutes to catch my breath as it was frightening but exciting at the same time," Thomas said

Being a midwife isn't all smooches and giggles though as Thomas said she has had to seek divine intervention especially when dealing with boisterous patients.

"I had to get saved, I had to go in the church and ask God to humble me. There are patients who will kick and slap you. They will hold our hands and literally bend our fingers and we are only there to help them. I begged God for patience. I have had instances where I deal with patients like they are my mom and they will flip it and act like I don't treat them well, " she said.

She, however, stated that many of the patients' anger is coming from their households or from other personal issues. As a result she often takes on the role of counsellor.

"Sometimes they have a lot going on and I have kept relationships with some of my patients even after they are discharged from the hospital. Patience and compassion are a virtue in this job. When yuh come to work yuh have to put on yuh yard slippers, pace yourself and just work," she said.

Head of the VJH, Dr Garth McDonald, told the news team that at least 75 midwives will be honoured today. He noted that he and his team deliver approximately 7,000 babies yearly and this is done with minimal staff.

"The expectations of the public are very high and at that time there needs to be a lot of emotional support, and ideally it should be a one-on-one care. But based on the numbers, especially on a specific time of the year. There are times what we call the 'crop season' [between August of one year and February of the following year], where there is an increase in deliveries," he said. "It's usually nine months after Christmas, New Year's Day, Valentine's Day and Easter. Christmas when all a di man dem fly in come check dem person, we will see increased numbers relating to those times. The staff complement however, does not increase. So the demand on the midwives and nurses are very high."

He says the medical team will appreciate partners who can assist in improving the space for staff and patients.

"We focus a lot on improving the patients' spaces but the porters', janitors', nurses' and doctors' rooms are normally left behind. So that is a focus but the Government does not have all the money. So we welcome partners that can help us to improve the conditions for the staff," he said.