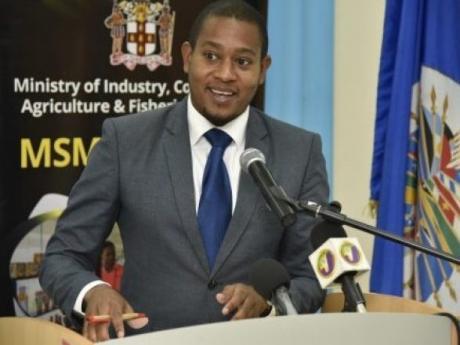 Minister of Agriculture and Fisheries, Hon. Floyd Green, says there is growing evidence to suggest that even amidst the raging COVID-19 pandemic, more persons have been expressing an interest in farming.

Green, who was speaking at the National Irrigation Commission (NIC) office in Watchwell, St Elizabeth, recently, said the pandemic has reinforced the importance of farming as a viable alternative and also the ability of the nation to feed itself.

“I would say we are seeing a greater interest in farming since COVID-19,” Green said.

“I think now more than ever, people are recognising that where you get your food from and your ability to feed yourself is critical. People were also asking, during the time when the borders were closed, what would happen if there was a food shortage. Persons, therefore, were starting to recognise the importance of the farmers who put food on our tables and are out there every day toiling in the fields while ensuring that the agricultural sector remains sustainable in these difficult times,” he said.

The Minister noted that it is particularly encouraging to see many young persons, including women, getting into the profession.

Green also used the occasion to commission into service one of two 6,000-gallon water trucks, valued at $35 million, to provide irrigation water to farmers in several farming communities in South St Elizabeth.

The Minister, in the meantime, noted that not only has drought conditions traditionally been a major concern to farmers but that many have long been struggling with ways to mitigate the problem.

“These two trucks will increase the capacity of the NIC by 100 per cent in relation to the amount of water that we can truck weekly,” he added.

This expanded supply of water, Minister Green added, will allow for more farmers to have access to water and would make a significant difference in the farmers’ return on investment as well as lower their cost of production.

The trucking of water is part of a wider drive by the Ministry in the southern St. Elizabeth belt to south Manchester to bring water to farmers to include the Essex Valley Agricultural Development Project, where work is under way, and the Pedro Plains Irrigation Scheme, where a feasibility study has been completed and financing is being actively pursued with the French government.