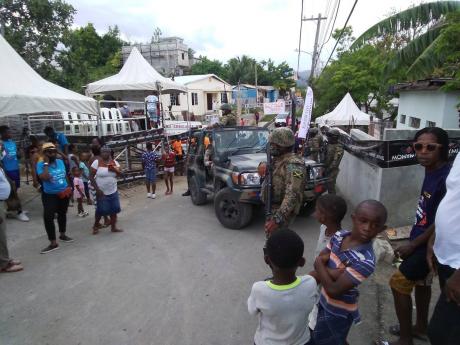 Members of the security forces shut down the event despite appeals from residents. 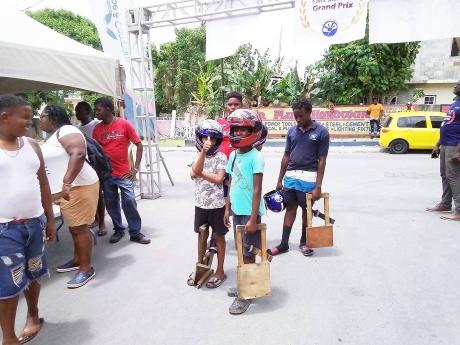 Youngsters who planned to show off their skateboarding talent at the Mount Salem Grand Prix were left disappointed on Sunday.
1
2

What started out as a fun Emancipation weekend event yesterday for residents on Crawford Street, Mount Salem, St James, ended in a heated verbal stand-off between them and the security forces, who locked down the event.

The disgruntled residents say they had being planning their community grand prix skaters event for more than a month, and have spent hundreds of thousands of dollars to plan it.

The security team told the angry residents that they were given strict orders by their superiors to end the event, on the grounds that the large crowd was not adhering to the COVID-19 protocols, and also that no permit was granted for the event.

Councillor for the Mount Salem Division, Kerry Thomas, who is one of the event organisers, told THE STAR that police and soldiers had passed through Crawford Street several times yesterday morning.

"They did not object when they saw us setting up for the event, they did not say a single word," Thomas said. "It came across rather strange that as we were in the process of setting off the first skaters race, the soldiers drove their lorry across the roadway, and insisted that they were instructed to stop the event."

Dr Andre Haughton, the People's Nationals Party candidate for the constituency, and main sponsor for the event, cried openly.

"This is a outrage, an outright act of wickedness against the people and the entire community of Mount Salem," Haughton said. "The community is under the Zone of Special Operations, and skating is the only thing that these people do to ease their stress."

Haughton said the proceedings from the event were to be used to purchase school books and other educational tools for the community's children.

"We purchased dozens of trophies and medals to be presented to the participants, and also dozens of awards for various police officers and soldiers who have served the community well under the current ZOSO," Haughton said.

One mother, Gloria, said her three children had spent weeks building their skateboards and were excited to be part of a community event.

"Mi pickney dem a practise fi dem little race from when, and every day is a joy to mi fi hear dem a tell each other who gwan wid the trophy, only fi dem come mash up what the children dem spen weeks a prepare fah," she said.