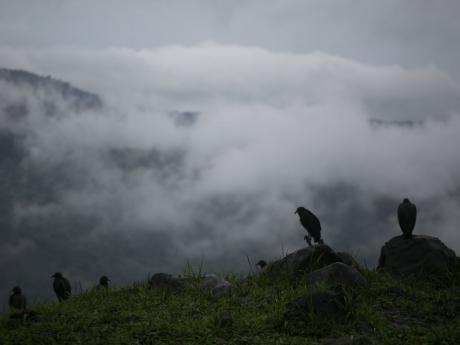 MIAMI (AP) — A re-energised Tropical Storm Cristobal advanced toward the US Gulf Coast early Saturday, bringing with it the heavy rains that already caused flooding and mudslides in Mexico and Central America.

After weakening to a tropical depression while moving over land in Mexico’s Gulf coast, Cristobal headed back into the southern Gulf of Mexico from the Yucatan Peninsula on Friday and powered back up into a tropical storm.

Forecasters said it would arrive on US soil late Sunday but was not expected to grow into a hurricane.

The National Hurricane Center in Miami said in its 7:00 a.m. advisory Saturday that the storm was expected to slowly strengthen until it makes landfall, expected Sunday night along the US Gulf Coast.

Tropical storm-force winds could arrive as early as Saturday evening.

Cristobal’s maximum sustained winds had strengthened to 50 miles per hour by early Saturday and it was moving north at 12 miles per hour.

The storm was centred about 365 miles south of the mouth of the Mississippi River.

The Hurricane Center said the storm could cause heavy rains from East Texas to Florida this weekend and into early next week.

A tropical storm watch was posted for the northern Gulf of Mexico coast from Intracoastal City, Louisiana, to the Alabama-Florida border.