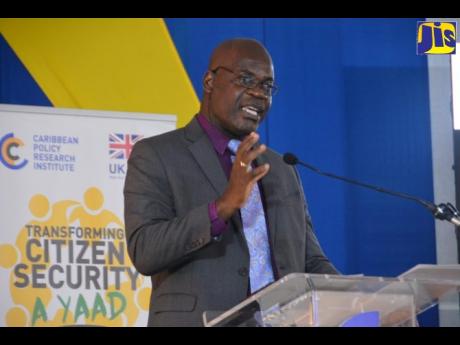 The Jamaica Constabulary Force (JCF) has reported an eleven per cent reduction in major crimes for the first five months of the calendar year, compared to the corresponding period in 2019.

Deputy Commissioner of Police (DCP) in Charge of the Crime, Fitz Bailey, said that 2,325 major crimes were recorded between January 1 and May 31, in comparison to 2,621 over the same period last year.

“This represents a reduction of 269 or eleven per cent; all major crimes are down,” he noted, while addressing a virtual press conference on Thursday.

He said that gang activity, as well as domestic-related and interpersonal violence, played a significant role in the number of murders committed.

DCP Bailey reported that the clear-up rate for major crimes for the period was 41 per cent due to better prepared cases, more arrests and convictions.

“We have employed an investigative strategy, which involved greater capacity building for the investigators, improved case management system, case conferences and reviews as well as linked investigations,” he pointed out.

Over the period, 3,304 persons were charged for 5,082 incidents of serious crimes, with 808 charged for category-one crimes, including murder, shooting, larceny, robbery, rape, burglary, aggravated assault.

In addition, 227 firearms have been recovered and 13 kilograms of marijuana valued at $138 million seized.

DCP Bailey also said that investigations are advanced into the matters of Jodian Fearon and Jasmine Dean.