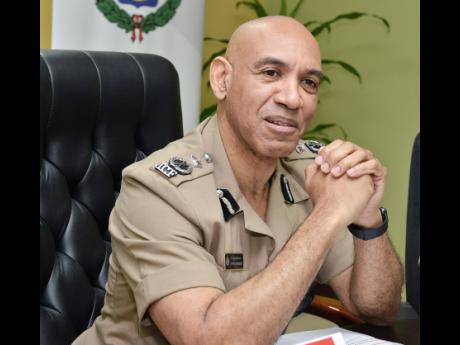 The Jamaica Constabulary Force (JCF) says it is engaged in the procurement process to acquire body-worn cameras for its members as it continues to ensure transparency and professionalism in interactions involving its members and the public.

A body-worn camera is a wearable audio, video, or photographic recording system used to document images of activities.

Providing an update at a digital press briefing on Thursday, Commissioner of Police, Major General Antony Anderson,  said the procurement process began in May last year; however, there was a delay in receiving response from potential providers during the bidding process.

“For the past month, we have been testing various models based on what was put forward in the tender documents and in the bids, and that has allowed us to evaluate things like how rugged they are, whether the clips will break or not, and are they suitable for our circumstances.  Also, how we capture the data from these body-worn cameras is significant,” the Commissioner said.

He noted that an electronic server to support the capturing of the data is currently in the island, but the equipment has not been commissioned into service, as the persons who will undertake the process are unable to do so, in light of the country’s border closure.

“It is a long process, but as you can imagine, unlike other organisations, the JCF is very large. We have 12,000 members out there… 14,000 plus, including district constables, of which a significant portion of these members have to be equipped with body cameras,” he said.

“It’s a massive procurement and we cannot afford to get it wrong. We have to do this in a very structured way,” the Commissioner added.

In the meantime, he said other technology-driven projects have been assisting members of the Force to enhance their duties.

“We have our smart check system which is just about to go.  Some people would have seen our new fleet where our officers have access to computers in their vehicles and can bring up data that can assist them with law enforcement – whether it’s about a warrant, vehicle data or any other matter that a police officer should know to be able to do the job better,” he pointed out.

The Commissioner added that the JamaicaEye network of closed-circuit televisions (CCTVs) and the use of CCTVs generally have assisted the police in responding more speedily to crimes.

“We have leveraged the current structure of JamaicaEye to make a quicker response and to make better outcomes in some of our investigations,” he said.