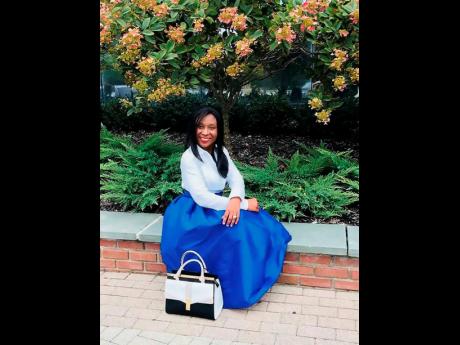 Last September when a gunman's bullet became lodged in her neck, Jamaica-born gospel singer Samantha Gardner got a warning from doctors.

"They said that the bullet was too close to my spine and if I removed it, I would be crippled," she said.

However, she relied on her faith and went against doctor's orders and recently underwent an operation to remove the bullet.

That was done successfully and Gardner is showing no signs of paralysis. She said that she is the living testimony that God is real.

"I prayed about it and underwent surgery January month-end and I am walking around and I'm getting better with each day. I am here as a survivor and a miracle to testify to the world that God is real," she said.

Gardner was shot in the head while sleeping in her Florida apartment on September 6.

According to the Orange County Sheriff's Office, deputies were called to a shooting and discovered there had been a shoot-out during a home invasion in a neighbouring apartment to Gardner's.

Deputies said a possible suspect, Jonathan Brinson, was shot and died at a hospital.

Gardener said that incident was just one of several encounters that she has had to endure.

"While I was living in Jamaica, someone broke into my house, held a knife to my throat and tried to rape me. But once again I prayed silently although I was scared, and he walked through the door. Doctors told me that I could never have a child because of a medical condition and I now have a son who is two years old. So I know that God is just using me to let persons know that he is real and he does perform miracles," she said.

She said that she is hoping that her testimonies would be an inspiration to persons who are going through difficult situations and thinking that there is no way out.

"I want people to know that there are indeed lights at the end of the tunnel. They say the darkest part of the night comes right before morning so once there is life, there is hope," she said.