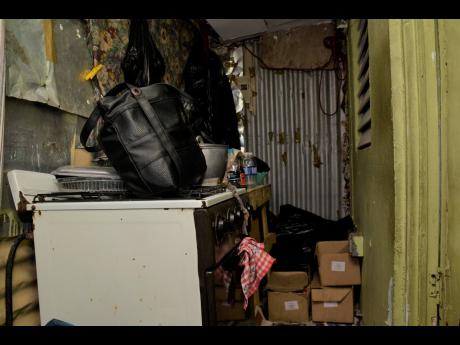 Convinced that ghosts are in her house, located on East Street in Kingston, this woman has stopped cooking in her house. 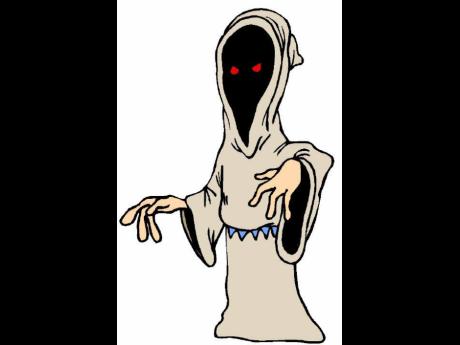 Fearful that the fallen angels that have taken up residence in her home will damage her underwears, a Kingston woman has resorted to walking around with all the panties she wears as well as groceries such as salt and sugar in her handbag.

The woman, who resides at East Street in the capital city, said she was advised to limit the number of panties she wears to four, and not to leave them in her house.

"The whole a mi panty dem pick out and cut up. Mi can't keep no panty so my friends dem say I must just keep four alone, so I just keep dem in my bag. I am not lying, enuh. I can't even keep clean mirrors inside my home because dem smear dem up. Sometimes mi all see water a run off a dem and no rain nah fall in the house," she said.

The woman, 52, said she has been struggling to deal with the presence of the ghost in her house since January. She has reported it to the landlord, who she said has ignored her.

She stated that she has also reported the matter to the police but although they visted her home, the lawmen were unhelpful as they laughed her to scorn.

"I call the police and three car load a dem come but them say them don't see what I talking about, so I just leave the police out of this. But if you should look you would see the marks in the ceiling, how them draw up the place with pencil. I come home one evening and see the stove dig down and bare dirt a drop out of the ceiling and me dresser and new brand table cut up," she said.

The news team could not identify anything that looked out of place or spooky at the woman's two- bedroom house yesterday, even as she insists that fallen angels are making her life a living hell. A production worker in a factory, the woman said that she does not have mental problems. She said she just needs help to get rid of the ghosts.

"The amount a pillow case and curtain mi have to buy back because mi find dem cut up. A leave my wig on the dresser and it cut out, I had to hide it. A bare white tings a form up in the floor and if mi make it stay too long it burn like acid. A serious something enuh, all the wall dig, dig up. I paint in here December and so much holes wasn't here, and you wah tell mi say is a fallen angel do all of this," Brown said.

"Is months now I don't cook, even Sunday gone is Island Grill I eat for dinner. Even a while a guh mi come from work and check my fridge and see say a bare yellow tings in it. All the hose cut round a the back so the gas leak out," Brown added.

Although she claims that she is terrorised daily by unknown forces, Brown said she will not be 'forced' out of her home as she strongly believes in prayer.

"It looks like something or someone wants me out. Is intimidate dem a try intimidate mi. There is no force entry or anything. Dem a try mash up mi tings and try get mi out but no form of intimidation is going to run I out of here," she said.