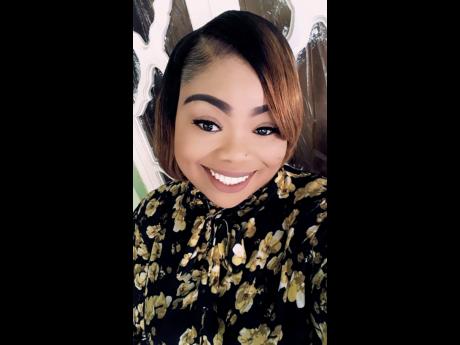 Less than two years ago, Sheena Hanson was sharing her bed with a female. In fact, the 27-year-old has slept with more than 15 women. But she claims those desires are now behind her, as she has gone through a radical change.

Instead of lobbying with members of Jamaica Forum for Lesbians, All-Sexuals and Gays (JFLAG), she is now sitting in the congregation at the Lighthouse Assembly Church of God in Spanish Town, and she credits the Almighty and Bishop Rohan Edwards for her spiritual change.

Sharing her testimony with THE STAR, Hanson said that she became attracted to girls when she was a teenager.

"As a child I was curious, and I found myself being attracted to my cousin. Then I went to high school, and that was where my eyes were opened to the lesbian world. And although I really liked girls, I would still date a boy. But I didn't feel the same way I felt with a girl," she said.

"My parents were very bitter about that lifestyle, so as a teenager I could not let them know. My father lived overseas, and I lived with my mom, who is a Christian, and she didn't even want me to date guys much less girls."

"As an adult, I kept telling myself that man was not for me," she said.

Hanson said she was very appreciative when Jamaicans became more tolerant towards the gay community and felt 'free' living her life as a lesbian.

"I got introduced to JFLAG, and it was like a culture shock to me. I met persons from different socio-economic backgrounds. I met politicians, entertainers and a lot of known persons who were part of the gay community. During Pride Week, I would go on parade with the community, and I became very popular. I kept telling myself that love is love and God is love, and I would not stop fighting until we were fully accepted," said Hanson, who is also a fashion designer.

After lobbying for the community and being on television waving her rainbow flag, it didn't take long for Hanson's parents to learn about her sexual orientation.

"My mother was devastated, and she could never accept the lifestyle even when I begged her to. She was broken hearted, but she told me that she would continue to pray for me as I am her only child, and those prayers worked," she said.

"My mother was a member of Lighthouse Assembly Church of God in Spanish Town before she migrated, and one day I decided to attend one of their fastings. That's how my journey towards God began. I didn't expect anything to change when I went there because I was deep down in the lesbian world, and I didn't see anything wrong with it."

However, she was wrong.

"That one day of attending turned out into two days, and by this time I was telling my girl that I was going to give my life to the Lord. She thought I was getting crazy and that church people were wicked. All of that discouragement didn't prevent me from getting baptised in March of this year," she said.

Hanson said that while she will not cast judgement on anyone, she is imploring persons within the gay community to change their lifestyle.

"I would encourage every gay person to just seek out truth, and God is the truth. I want them to ask God for help and let him lead them to the Bible where they can see in Leviticus and Romans that homosexuality is wrong. I didn't even know this until I found God. Right now, I am celibate, and I will never look back on the gay world. I will not have sex until I am married, and I know that when God is ready, he will send the right husband for me," she said.