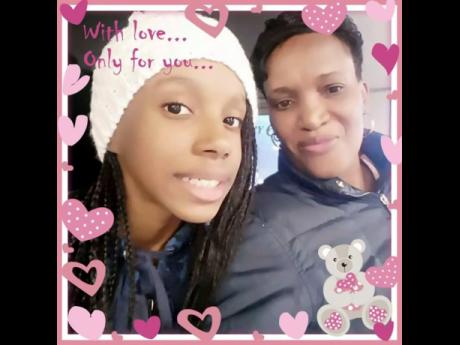 Abbiegail Smith and her mother Carol Bennett in happier times. 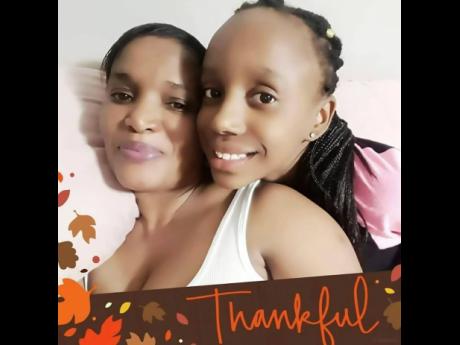 “I felt like I was giving birth all over again. It was painful ... mi belly bun mi. I am a mess and I will forever be without my daughter. Her favourite colour was purple. She loved life, lady bugs and butterflies. She was our little princess,” said Carol Bennett.

Bennett is the mother of 11-year-old Abbiegail Smith, who was raped and murdered by neighbour Andreas Erazo in Keansburg, New Jersey on July 12, 2017.

Erazo, 20, admitted he sexually assaulted and stabbed Abbiegail. Her body was found wrapped in sheets on the roof of the Hancock Arms apartment complex.

Erazo, who was 18 at the time of the murder, was sentenced to 75 years in prison last month and will be in his 80s before being eligible for parole.

During a telephone interview with THE STAR yesterday, the St Mary-born Bennett broke down while explaining that although he was given the full length of the law, it doesn’t lessen the anguish of losing her only daughter.

“He (Erazo) showed no remorse, sympathy or empathy. And this just tells me how wicked he really is. I have never come across someone as cruel and demonic as him. My family and I will never, ever forgive him for all the wickedness to my innocent baby girl,” she said.

She said that Erazo lived with his mother in the apartment above theirs but said they hardly ever exchanged words.

“The week before he killed my baby, he saw me on the street and said hello and although I found it strange that he exchanged words with me, I still answered him. Pity I didn’t know that he was planning to kill her in a few days,” she said.

On the night of July 12, Bennett said she was feeling ill and asked Abbiegail to prepare a container of noodles for her.

“I later told her to go in her bigger brother’s room to wake him up for work and that was the last time I saw her alive. When my son was going to work, I told him to tell Abbie to come back to me and he told me that she wasn’t in his room. I instantly jumped out the bed because I knew something was wrong from I searched the house and she wasn’t there,“ she said.

Bennett took a deep sigh as she explained how she unsuspectingly may have heard her daughter dying.

“When I was laying in my bed I heard really loud noises upstairs coming from his apartment and I remember sitting up in the bed and was thinking that he was fighting his mother again. I make to get up to go tell him that he was too noisy and I didn’t feel well but I didn’t. Pity I didn’t know that time it was raping he was raping and killing Abbie,” she said.

Bennett said that she will live with this guilt for the rest of her life.

“I keep telling myself that this is what sometimes happen when we say we are going to mind our own business. He is always up there fighting with his mother and I thought it was just one of those occasions,” she said.

Upon realising that her daughter was missing, Bennett said she immediately called the police as she knocked on her neighbours’ doors trying to find her.

“I honestly didn’t knock on Andreas’ door because he was playing his music so loudly. My son then went and knocked on his door and he didn’t answer. Instead he turned off the lights and from there I knew he was hiding something. The police went there and knocked and he took long to answer the door but when they went inside they didn’t see Abbie,” she said.

Abbiegail’s body was found by the police the following morning and Bennett said the image of her daughter will never leave her mind.

“Him beat her up to enuh. When I look at my poor baby face it was swollen. The bwoy rape off mi nice likkle pickney and stab her in her neck. The knife go through one part and come out through the opposite side. My baby was on her period and he rape her and butchered her,” she said between tears.