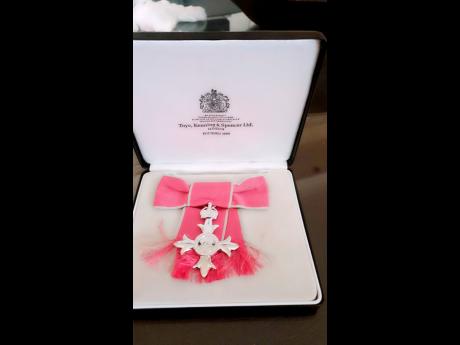 The MBE that was presented to Joan Wilson. 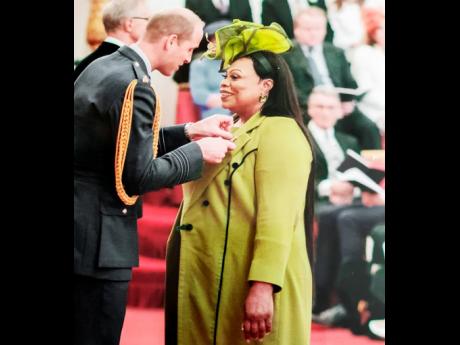 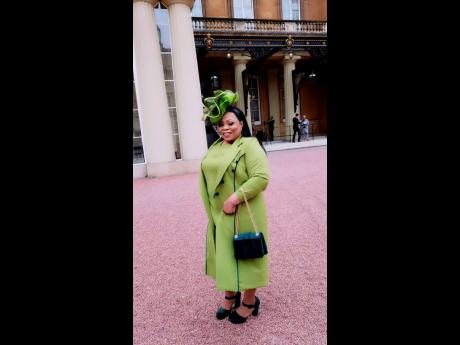 Joan Wilson is still basking in excitement after being made a member of the Most Excellent Order of the British Empire (MBE) at Buckingham Palace on June 12.

The St Mary-born woman has been providing foster care in the United Kingdom for the past two decades, and she is extremely elated that she is being recognised for her service.

"I feel really great to be one of the first Jamaicans to have received such honours. It was only two black persons that were honoured. I was really surprised when I was selected, but I think it has been in the making for a few years. I remember one of the directors came by my home three years ago, and she told me how genuine I was. I really love these children. I never regret being a foster parent," she said, adding that she has been providing foster care since April 1994.

An MBE is awarded for outstanding achievement or service to the community.

Wilson, who migrated to England in 1986, gushes with pride as she speaks about meeting Prince William who presented her with the honour.

"When I met Prince William, I remember him saying to me: 'How do you manage these troubled teenagers' and 'If I should be in the wrong path, how would you put me in the straight and narrow way'. We had a bit of discussion about what prompted me to take on the job and so on," she said.

Wilson said that she has fostered more than 80 children between 14 and 18 years old at her home in Crystal Palace.

However, her charitable deeds do not stop in England, as she also contributes to the Glenhope Nursery and Place of Safety in Richmond Park, St Andrew.

"My hands are kept full. I really urge all those persons who have established themselves to just give back to Jamaica. The thing is a lot of persons would want to contribute, but they really don't know what is happening inside these children's homes. Sometimes even when a mother is buying two cans of feeding for her baby, she could just buy an additional tin and take to one of these homes," said Wilson