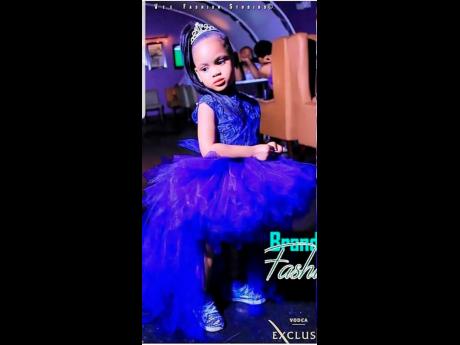 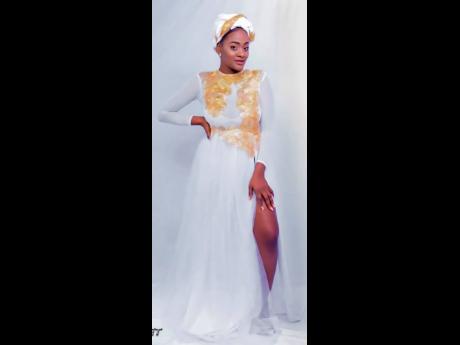 If your interest lies in fashion, then it would be hard not to take a second look at Kadion Morris' 'Brand Me Fashike' designs.

The bubbly 27-year-old, who is one of Kingston 11's most sought-after seamstresses, said she had no idea that when she began sewing for herself, that her designs would catch the attention of such a wide audience.

She stated that initially, she had no idea how to sew, but gradually learned after her grandmother gave her a sewing machine.

"I like to draw/sketch but I didn't know how to sew. So I would go to different designers to get my things made. But a lot of times I never usually got the design that I drew. My grandmother had a machine that she purchased the same year when I was born and she never used it. I kept joking with her and saying that it must have been me she purchased it for. She gave it to me in 2016 when I decided to try my hand at sewing, and I still have it to this day," she said.

In 2016, Morris said she began to wear her handiwork to dancehall events in her Seaview Gardens community and stated that it caught the eye of several patrons who expressed their interest in wearing her designs.

"Going to dances was just for the fashion for me and I would stand out at these events. People would approach me and say dem like me styles, so afterwards people start to come to me to make them stuff. I always add something different to the design they wanted because I wanted to look original. I never liked being put into a bracket of being a dressmaker so I never tried to copy someone's designs," she said.

Brand Me Fashike's catalogue includes a number of extravagant pieces for females of all ages, including gowns and most recently, wedding dresses.

"People always know my designs from they see them. There is something different about them and it's hard to really put your hand on it but I have always been told that my styles are heavenly. I enjoy making gowns but I really like bridal wear. I recently made my first wedding dress. These days I don't buy any clothes for myself because I make them. I still will buy stuff for my baby though," she said.

But Morris no longer shows off her fashion in the dancehall, because she has become a Christian.

But she continues to create designs that are fitting to wear to these sessions. However, she said she will never create carnival or 'go go' attire.

"I will make for persons who attend dancehall sessions because persons dress differently to dances. A person can go to a dance and be all covered up but it is different with carnival. Furthermore, God is music, but it is what is placed on those riddims are the issue. I will not make an X-rated outfit ... I will make something that is see-through but add some embellishment or line in it.

In a few weeks, Morris plans to launch Brand Me Fashike's casual wear line and is currently in the process of recruiting staff.

"My aim is to provide casual outfits that persons can wear every day at very affordable costs. I want to supply small businesses with this brand and employ persons so they too can make a dollar. I already have two persons working with me, but I am currently in the process of interviewing potential seamstresses as I want persons who can give me great finishes," she said.