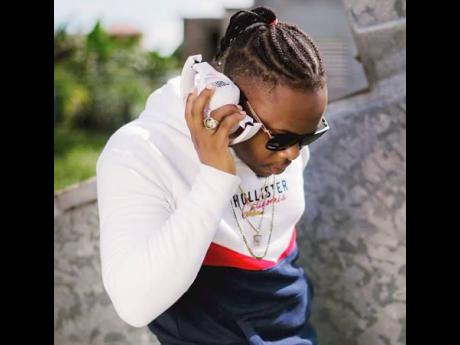 With summer officially here, dancehall artiste Lyri Kali has dropped the visuals for his track Choppa Lifestyle, and is confident that it packs enough punch to dominate the summer.

The single is a part of Dynasty Entertainment and JB Productions' compilation titled My Letter To You which also features acts like Rytikal, Chronic Law, Rygin King, Teejay and Vybz Kartel. With the song gaining favour among disc jocks, social media influencers and dancers, Choppa Lifestyle has become a regular club banger in the artiste's home state of Florida. Already garnering thousands of views and rave reviews, Lyri Kali says the song is his most successful release to date. To capitalise on the hype he has built up, Lyri Kali decided to release the single Honda courtesy of BrainWay Beatz.

While it has also received some positive feedback, some social media users have criticised the artiste, saying that the track is similar to many singles which speak about having multiple women and lavish lifestyles.

Lyri Kali said: "As a creative person, I am fully aware that my art won't please everyone so I am not offended by criticism. When we sing singles about hard life and struggles, it's like the fans don't want listen if you aren't already out there. So the same ones criticising the music make it hard for breakthrough artistes like myself. I'm just here to do my part in making the masses happy through creativity and while I can't please everyone, I am thankful for those who enjoy the craft and support the music wholeheartedly."

The artiste, whose given name is Ranjay Brown, shares that while he continues to fervently promote his latest release, he and his team are currently putting together his follow-up release, titled 3 Points, which is a Bredda Beatz produced track.