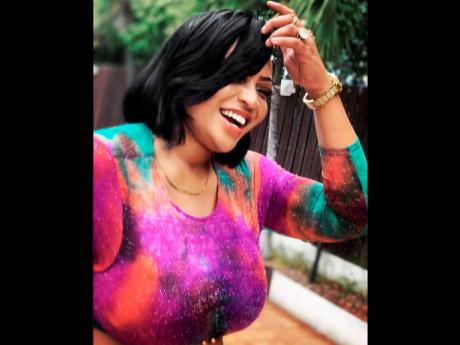 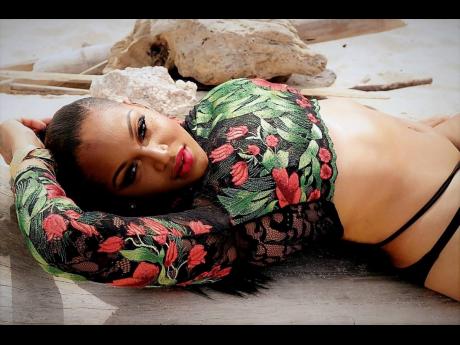 Although Toisan Cazley, known by the stage name Pretti Kitti, has been following a path to stardom for nearly a decade, she refuses to let that define her.

She also does not let the pandemic get in the way of her promotion. She said her love of music started out as a youngster, penning lyrics about her experiences on paper. Then in 2008, having received endorsement from the likes of Sting-promoter Isaiah Laing, her passion was further set afire.

"Back then I was going by the name Red Rebel and Mr Laing suggested I step away from the 'rebel' and go with the name I am currently using. I ended up giving the audience at Sting a taste of what I have to offer two years in a row and I also guest performed on Sumfest with Beenie Man in 2011," Pretti Kitti shared in her interview with THE STAR.

The Portmore-based artiste released several tracks and even added sultry vocals to Charly Black's 2014 single Need Me, which helped her to make a mark with a niche dancehall market. She said "The music I record is raunchy, hardcore and sexy. Looking back I have grown a lot when it comes on to writing and expressing. I am not a hypocrite, but I do believe I can do all things through Christ who strengthens me. Even though the music I sing is not godly, I am working hard to achieve a goal."

Pretti Kitti has been taking things slow, buying time since the breakthrough collaboration. But last year, she reminded the male-dominated industry that she was 'not a pushover' and was ready to stake a claim as one of the female voices that deserves some of the spotlight with her song Tek Ova. Last month, she returned with Time Wasted, recorded on the Billionaire Boot Camp label and produced by Kunley Di Kurupt from Ward21. The emerging singjay believes her latest effort will put her on the map, "because it has great potential with its real lyrics."

"The promotion is being done for Time Wasted, from radio to social media playing a major role in my life goals. It is reaching dancehall lovers in the US, UK and Canada," she said. "I project in the next five years or less the name Pretti Kitti will be the household name for entertainment locally and internationally too."

In the month since its release, the song has amassed more than 100,000 plays on YouTube and she is already preparing to put out another production titled Likkle Bit.

"I am a moody person, so I go off my feeling. It's the same when I step into a studio whether it be dancehall, R&B or hip hop. One thing about music, it changes me into someone else, because I am usually shy. But with music, people are bound to see a whole new me," Pretti Kitti said.