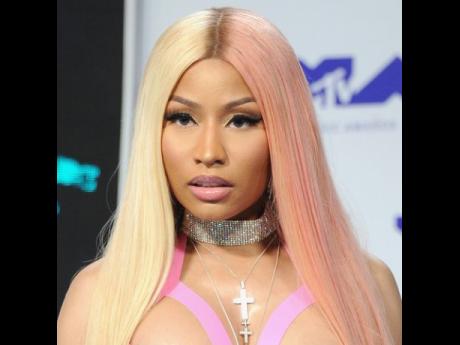 Port of Spain, Trinidad (CMC)— The Trinidad and Tobago government has dismissed a claim by US-based Trinidad-born rapper, Nicki Minaj, that someone there had become impotent and suffered from swollen testicles after taking a COVID-19 vaccine.

The singer claimed that the man's condition resulted in his fiancé calling off their wedding.

But speaking at a news conference on Wednesday, Health Minister Terrence Deyalsingh brushed aside the statement, saying that the Ministry of Health had spent valuable time on Tuesday investigating claims made by Minaj.

“One of the reasons we could not respond …in real-time to Miss Minaj is that we had to check and make sure that what she was claiming was either true or false. We did, and unfortunately, we wasted so much time yesterday running down this false claim. As far as we know, there has been no such reported side effect or adverse event,” Deyalsingh said.

“And what was sad about this is that it wasted our time yesterday trying to track down because we take all these claims seriously whether it's on social media or mainstream media. As we stand now, there is absolutely no reported side effects or adverse event of testicular swelling in Trinidad or, I dare say, anywhere else. None that we know of anywhere else in the world,” he added.

Minaj tweeted to her 22.6 million followers on Twitter that “my cousin in Trinidad won't get the vaccine cuz his friend got it and became impotent. His testicles became swollen. His friend was weeks away from getting married, now the girl called off the wedding. So just pray on it & make sure you're comfortable with ur decision, not bullied.”

Minaj had earlier revealed that she had recently contracted COVID-19 and that she had the same symptoms as people who were vaccinated.

She said American rapper Drake had also contracted the virus despite being vaccinated.

Responding to fans who questioned her absence at Monday's Met Gala event, Minaj noted that there was a vaccine requirement to attend but said if she got vaccinated, it would not be for the Met Gala but when she felt like she had done enough research. She said she would also not risk her baby son's health to be seen.

Deyalsingh told reporters that Minaj's tweet was not helpful in Trinidad and Tobago's efforts to combat vaccine hesitancy.

“It certainly did not help us,” Deyalsingh said of Minaj's tweet.

“We had to expend a lot of time and energy yesterday because suppose it was true? This is what happens with these social media tweets and Facebook postings. We have to research them because suppose it was true? We don't want to be accused of just ignoring it. We spent a lot of time yesterday trying to track it down. So far, it has not proven to be true either in Trinidad or anywhere else in the world that this is a known side effect or adverse event of vaccination.