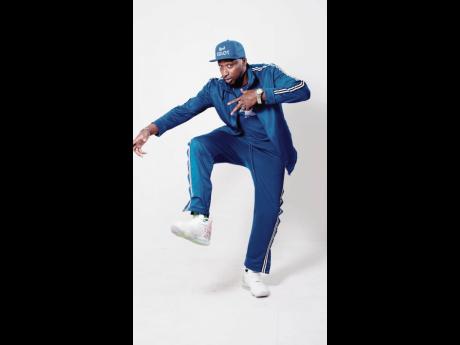 "The feedback has been really great, much better than I expected in such a short space of time. It's an Olympic song and I am raising the Jamaican flag high with this one and it goes out to all the athletes who are making us proud," he said. "I plan on doing the necessary promotion for this track as well because it has great potential to become a colossal hit."

Gyal Ediot has been on his musical journey for more than two decades, originally going by the name 'Sarge' in the comedy duo, Apache Chief and Sarge. Now performing under a new name and currently based in Calgary, Alberta, Canada, the Jamaica-born artiste has been releasing relatable music for listeners of all ages, like the singles Kut Dem All Off, One Life To Live and Why Do Fools Fall In Love.

"The journey has been overwhelming. I've done lots of performances throughout Canada, as well as interviews on most of the top radio stations, so the support has been great. I have been putting in the ground work and I know I will continue to make strides to becoming a household name, which is my ultimate goal," he stated.

With this new song on the airwaves, the artiste is currently lining up some new projects for release. He also has plans for the summer.

"Starting August 6, I have a few shows in the USA. Also on August 14, I'll be having a video-release party in Toronto for my song Hold Mi, which is a Diet Monkey Production," he revealed.